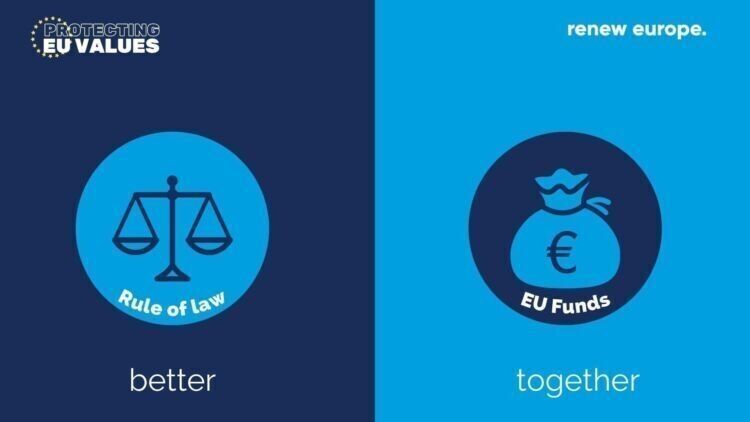 Putin's war in Ukraine has reminded us of our shared duty to guard democracy and the rule of law with all means at our disposal. The last weeks have shown that we need robust mechanisms against kleptocracy and illiberal regimes, and that it is more vital than ever that EU Governments comply with the rule of law.

In light of this, the European Parliament today adopted a resolution calling for the Rule of Law Conditionality Mechanism, as agreed by the Co - legislators, to be applied immediately. With the European Court of Justice ruling rejecting Orbán and Morawiecki’s attempts to annul the new regulation and the adoption of guidelines, the Commission has run out of excuses for not taking action.

Katalin Cseh (Hungary, Momentum), Vice-President of Renew Europe and Renew Europe's shadow on the regulation in the Committee on Budgetary Control, said:

“The European Court of Justice made it clear: the rule of law mechanism is 100% lawful. The European Commission must not waste a single minute more and apply it.”

"Appeasement is a dead end. Those that despise the rule of law must be confronted. The Commission must turn off the money tap that finances the regimes of Orbán and Kaczynski."