The EU must carry the torch of global food security 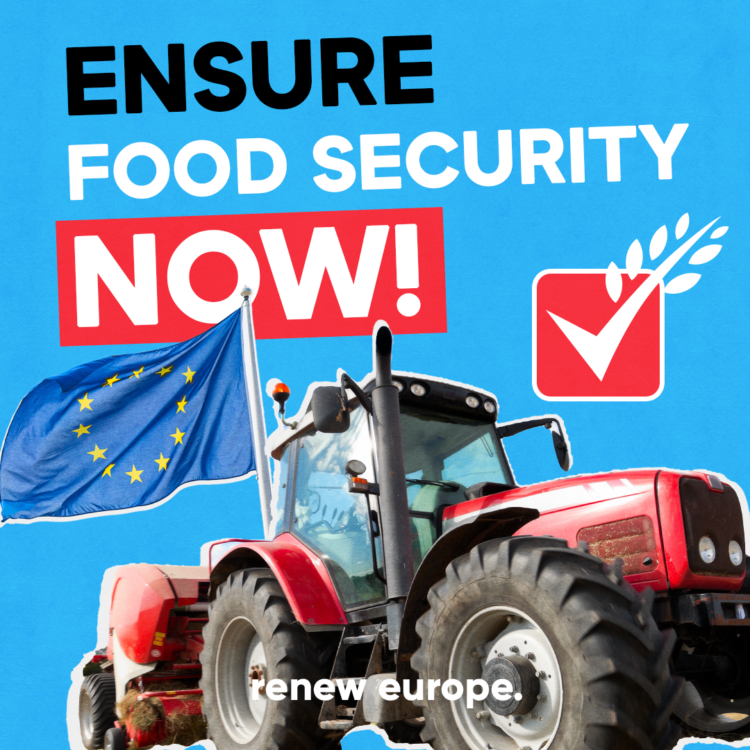 At a time when a third of the world's cereal production will not make it to market following the war in Ukraine, the EU must carry the torch of global food security. This is the whole purpose of the debate that is being held today in plenary session of the European Parliament meeting in Brussels, and of the resolution that will be voted tomorrow, echoing the proposals just announced by the European Commission.

This crisis is a longer term challenge for the brand new CAP, but this year of transition should allow flexibility, in particular on the use of fallow land for protein crop production, without calling into question the overall objectives of the Green Deal, nor the "From Farm to Fork” strategy.

While welcoming the convergence of analysis with the Commission on the agricultural situation, Renew Europe considers that we cannot conceive of European and international food security without also integrating the problem of the fisheries and aquaculture sectors, which are also affected by the consequences of the war.

Renew Europe, which played a crucial role in drafting the resolution, calls for the rapid organisation of an emergency food security conference to address the short-term gap in food supply and the medium-term issue of agricultural resilience in the developing world.

“Putin's war in Ukraine puts the people of Ukraine in the country and seeking refuge elsewhere at severe and immediate risk of hunger. Our most urgent priority now is to ensure they get sufficient food. The war also threatens to start a hunger crisis in countries of the Middle East and Africa, by taking the proverbial bread basket off the table. Us, Europeans, as a large agricultural producer, have the responsibility to do everything in our power to contribute to a more resilient food system – this today is more urgent than ever”.

“The fisheries and aquaculture sector is hit by higher operation cost, putting at risk their profitability and therefore our food security! Many fishing vessels cannot afford to leave port anymore. What the Commission has proposed falls short of what is needed to ensure the continuation of their operations. More is needed and fast! “