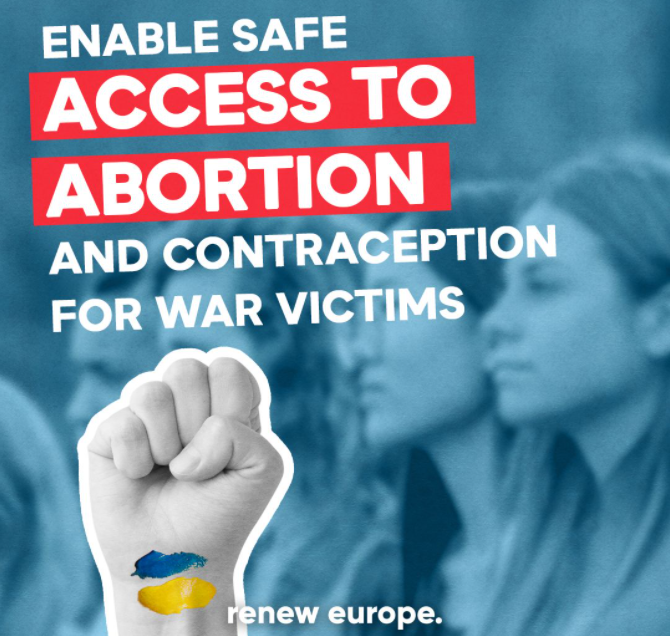 Women and girls constitute a majority of the 8 million people who have fled Putin's invasion of Ukraine. In a resolution today adopted by the European Parliament, Renew Europe calls for additional measures to secure the protection of these victims of the war, both within Ukraine and across Europe.

Our group demands that access to sexual reproductive health services (SRHR), particularly emergency contraception and abortion care, are enabled everywhere in the union as well as in Ukraine, especially to victims of rape.

We further condemn the use of sexual violence and rape as a weapon of war. Member States should establish, or reinforce existing, support programmes for victims, and we must bring all the cases for prosecution to the International Criminal Court to hold the perpetrators accountable.

Also firm EU action is needed to prevent women and children from suffering at the hands of human traffickers. We want an EU anti-trafficking plan, a helpline number free of charge for victims or those at risk and for Europol to conduct awareness campaigns in transit points used by traffickers and refugee reception centres.

Soraya Rodríguez Ramos, coordinator in the Committee on Gender Equality and Women's rights (FEMM) and shadow rapporteur on the resolution, says:

"Putin's war against Ukraine has caused severe risks and traumas for women and girls, both for the ones still left in the country and for those who managed to leave. I am horrified by the testimonies of sexual violence, exploitation & abuses. The victims of this war, whether within Ukraine or across the EU, must be able to count on our support. This resolution sets out a clear way forward to help them."