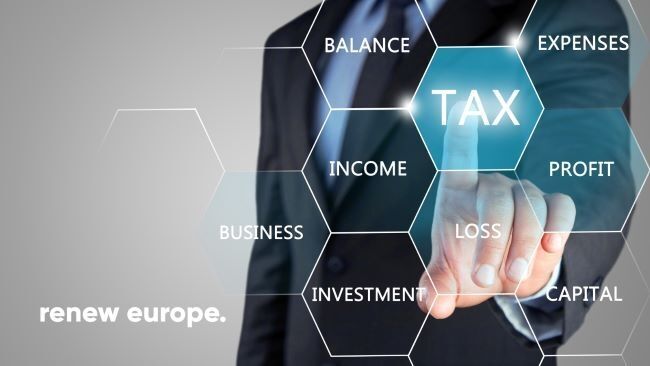 The Renew Europe Group welcomes today´s Plenary endorsement of the report on a minimum level of taxation for multinational groups (Pillar II), introducing an overall minimum effective tax rate of 15% for large groups operating in the European Union, in line with the OECD/G20 International Framework agreement of October 2021, which establishes a legal framework on tax challenges arising from the digitalisation of the economy.

Our political Group, through its shadow rapporteur MEP Gilles Boyer, advocated for preserving as much as possible the global agreement and the EC´s proposal in order to convey a strong political message of unity when it comes to enhancing the EU´s decision making on tax and budgetary matters.

In this regard, Renew Europe's substantial demand, agreed with the other two major pro-European parliamentary groups, is to bolster greater exchange of information between Member States and third country jurisdictions through a revision of the Administrative Cooperation Directive to avoid possible advantageous tax arrangements that circumvent the global agreement.

“With a minimum corporate tax rate of 15% we will fight more efficiently against harmful tax competition and tax evasion in Europe. This is a strong call from the European Parliament for the EU to take the leadership in the implementation of this historic international agreement".

Promoting an open, rules-based and assertive EU trade policy with a strong toolbox is a priority…
Read more Ahead of the informal European Council in Prague this week, Renew Europe played a pivotal role in…
Read more During today’s plenary debate on the State of the SME Union, led and initiated by Renew Europe…
Read more