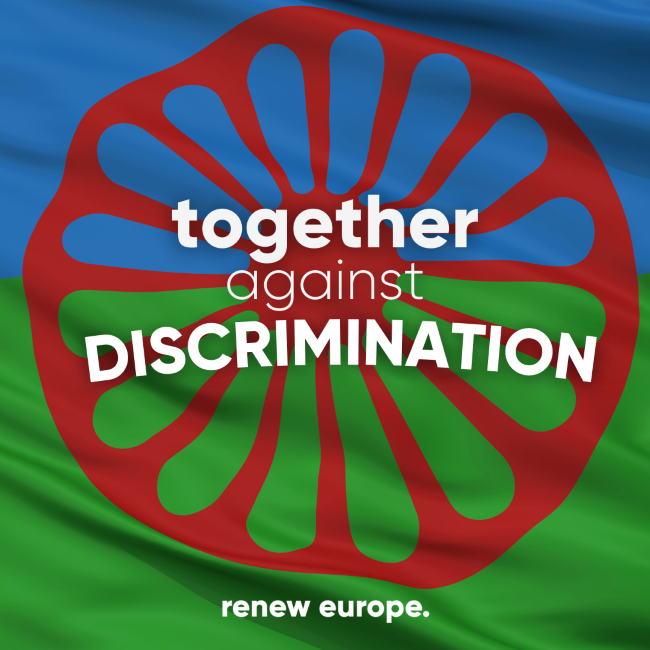 We welcome today´s adoption by the Committee on Employment and Social Affairs of the Renew Europe-led resolution on “The situation of Roma people living in settlements in the EU”. The resolution recalls the urgent need for concrete measures at both EU and national level to tackle the dire situation of marginalised Roma people living across Europe, predominantly in settlements, which lack basic infrastructure and services and contravene human dignity and rights.

In terms of education, the endorsed text notes the significant gap in preschool attendance between Roma and non-Roma children, as well as the link between residential and educational segregation, which are key drivers of school dropout. In this regard, Our Group calls on the Member States to invest in pre- and in-service training for appropriate teaching for Roma children, ensuring positive strategies for promoting tolerance and tackling discriminatory behaviour. Regarding long-term unemployment, the resolution urges EU countries to invest in social enterprises and adequately equipped community centres as both supports for Roma people’s labour market inclusion and a source of job creation.

MEP Lucia Ďuriš (Independent, Slovakia), Renew Europe´s negotiator on the resolution and Coordinator of the Committee on Employment and Social Affairs (EMPL):

“For too long, the critical situation of Roma people living in settlements has been overlooked and in several Member States even used as a scapegoat for populist goals. A significant number of EU funds have been available to address the dire conditions, but as we saw during our EMPL mission to eastern Slovakia last November, the progress has been only very limited. If we really want to build a strong social Europe, we have to ACT. Now. I am glad that a majority of our committee sees this urgency and I believe that we have put forward a strong text with concrete recommendations to concrete issues.”

"Despite the fact that we speak loudly about inclusivity, Roma communities all over our Union face unthinkable challenges. Intergenerational poverty, lack of access to education, unemployment are realities that Roma people still have to deal with in 2022. Also, we must support and never forget about the constant efforts made by NGOs, as their voices are often the only ones that are heard in the fight against antigypsism. Through this Resolution we are taking a step forward towards a more inclusive and aware European Union in which nobody is left behind.”

Finally, Renew Europe advocates for the monitoring of the implementation of the European budget aimed at integrating Roma people living in settlements, and for the swift application of the general conditionality regime to Member States that do not make proper use of European funds for Roma inclusion, what could constitute a serious breach of the EU fundamental values.