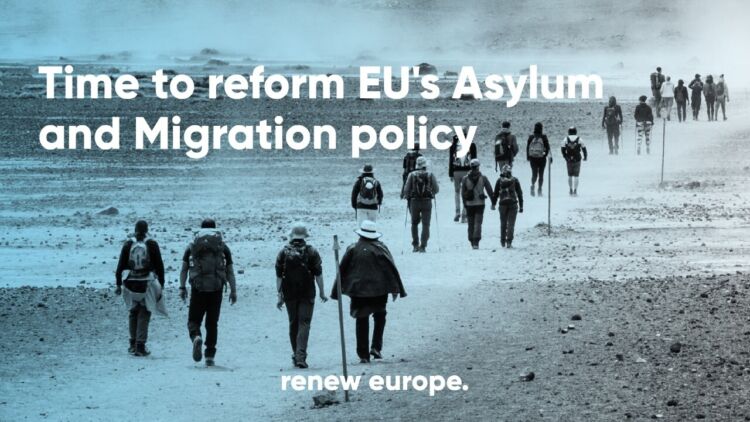 Today, the European Parliament and the European Council signed a Roadmap to mark an agreement that sets out how to finalise the Common European Asylum System before the end of the legislative term.

The momentous deal comes from an initiative of the Renew Europe group and marks a significant step forward in achieving an asylum and migration system built on responsibility and solidarity. Progress in legislative files that would bring long-term sustainable solutions to unexpected future crises, such as the impacts of the war against Ukraine, has been blocked for too long.

However, the agreement is only the beginning of the solution. Now, leaders from the Member States and the EU institutions must go beyond words and accelerate their efforts to finalise and implement the EU asylum and migration reform by 2024.

“For the first time in seven years, there seems to be a window of opportunity to unblock the asylum and migration file. Not a minute too soon, as we have to deliver for the citizens. We have agreed on the way forward, now we have to get down to work and make sure the package will be agreed before the end of this term”.

“Renew Europe launched the idea already in December last year. Not everyone was immediately convinced, but with my colleague Fabienne Keller we did not give up and today we have this positive result. We will work shoulder to shoulder to see the whole package across the finish line before the elections in 2024”

“It is time for political leaders to take their responsibility and achieve a long-awaited reform in the EU. Populists and extremists feed on the failure of the Union to manage the migration at EU external borders and provide for a strong common asylum system based on efficiency and solidarity. Fundamental rights are at stake; let’s build a policy in line with our humanitarian values!”