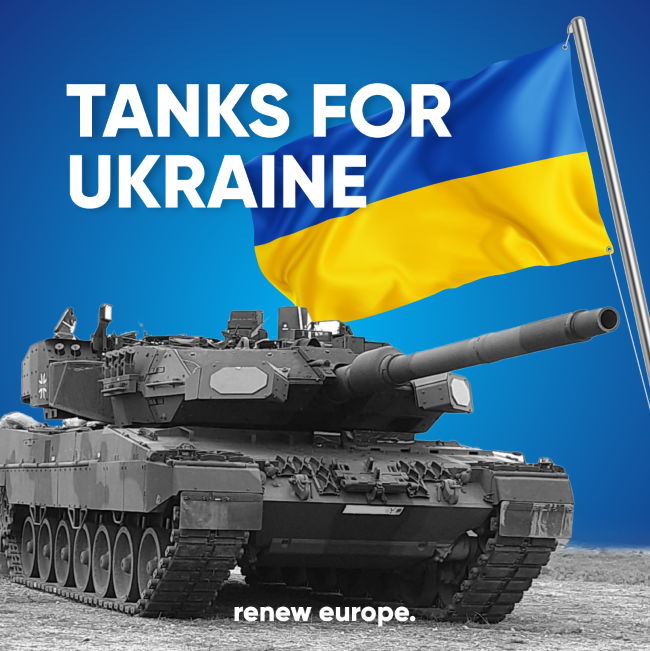 The Renew Europe Group in the European Parliament welcomes the German government’s announced plans to deliver Leopard 2 tanks to Ukraine and allow other countries to send theirs. Berlin’s decision ends months of debate among Western allies and potentially helps to shift the balance on the battlefield.

Our political group has been constantly pushing for increased military and financial support to Ukraine at EU level.

“I welcome this announcement, it will help Ukraine to have the military means it needs to regain its sovereignty, as quickly as possible. The European Union is doing its part to help Ukraine counter Russia's war of aggression.”

“Ukraine’s victory requires the continued support of all of us. I strongly welcome Germany’s decision to supply Leopard 2 tanks to the Armed Forces of Ukraine and hope that similar hesitation will be avoided in the future. Delays in assisting Ukraine mean the continuation of the war on terms imposed by the aggressor.” Ten years after the beginning of the uprising and conflict in Syria, the Renew Europe Group in the…
Read more Brexit: The full and timely implementation of the Withdrawal Agreement is a pre-condition for any future relationship

Following a meeting of the European Parliament’s UK Coordination Group (UKCG) today, in the…
Read more