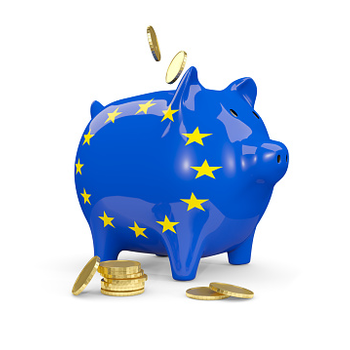 Today the European Parliament’s budgets committee adopted its position on the draft budget for 2020. Members voted one of their most ambitious positions to date. That includes over 2 billion for the climate, the youth and the new economy. But this year’s budget negotiations among the political groups also initiated a new way of doing things.

Romanian MEP Clotilde Armand (USR) who led the talks for the Renew group recounts: “In the olden days of the grand coalition between the Left and the Right, the European Parliament’s position on the EU budget was a rather simple affair. Two negotiators from the traditional parties would hammer out a deal. Occasionally, they would give a few goodies to the other political forces. This is no more. True to its name, Renew Europe saw a change in the way budget negotiations are conducted”.

Meetings with all parties involved were indeed held regularly. Discussions were tough. But a solid majority emerged as a result.

Valérie Hayer (Renaissance), spokesperson for budgetary affairs stressed that “without Renew Europe’s role in forging a majority, the Parliament’s position would have been way below what is needed to tackle climate change. There is an emergency. We need to act. The EU budget is one tool we need to use to the fullest”.

Renew Europe’s top priorities this year were threefold. First, to get as close as possible to 3,5bn on climate to make good on the commitment made by the EU in 2013 to spend 20% of its current long-term budget on climate-related spending.

Second, to kick start a debate on a fairer distribution of climate and innovation friendly funds to the Eastern part of Europe. “Climate musn’t become another front on the East-West divide. That would be a godsent to autocrats and their cronies in the East. We need to show that the EU is doing all it can to help regions with lower environmental standards” added Clotilde Armand.

Third, the Renew group wanted to put SMEs as the propellant of the new European economy. Olivier Chastel (MR, Belgium) added : “our group wants to turn the climate challenge into an economic opportunity!”.

What’s next? Parliament’s official position will be adopted in Strasbourg during the second session of October. Then will come the negotiations with the Finish presidency and ambassadors from the other member states. There too new ways to think about the EU budget will need to be found. Accounting in the back rooms will have to make way for politics.