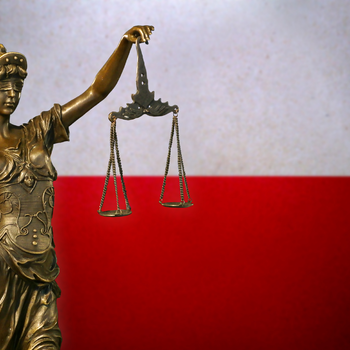 In its judgment concerning the jurisdiction of a new disciplinary chamber of the Polish Supreme Court, the Court of Justice today confirmed that European Union law requires Member State courts to meet the requirements of independence and impartiality.

The ruling constitutes another contribution to the growing case law of the Court of Justice clarifying the legal obligations attached to the EU’s core values, notably the rule of law and fundamental rights. Poland has already been adjudged to have fallen foul of these requirements by the Court earlier this year and the country remains subject to the Article 7 TEU procedure on account of the government’s efforts to gain political control over the Polish judiciary.

Renew Europe MEP, Michal Šimečka (Progresívne Slovensko, SK), who is the European parliament’s rapporteur for an EU mechanism on democracy, the rule of law and fundamental rights, welcomes the Court’s judgment:

“The rule of law is our core value. The Court of Justice is not saying that Member States cannot reform their judiciaries, they must do so without undermining the separation of powers and subjecting courts to political control.”

“I expect the Polish government to stop interfering with judicial independence and bring its actions in line with the decisions of the Court of Justice and international recommendations. Sadly, today’s ruling once again confirms the need for a comprehensive rule of law and fundamental rights mechanism in the EU.”

"The Court of Justice gave a warning today, now European politics must appeal to Poland and enforce Article 7. This applies in the first place to the EU countries that are blocking the Article 7 procedure against Poland."

"It is good to see that governments cannot simply get away with breaking the rule of law. However, politicians should not outsource the protection of the rule of law to the courts: it is the legal duty of the EU Member States and the Commission to take action against undermining democracy and the rule of law. We expect the new Commission to act with determination in the spirit of the ECJ ruling and show no tolerance to further erosion of the independence of the judiciary in Poland." Renew Europe is deeply disturbed to witness how media freedom, a core pillar of democracy, is…
Read more Last Friday, April 23, the parliamentary majority in the Republic of Moldova revoked the mandate of…
Read more