The European budget should be a reflection of our political ambitions 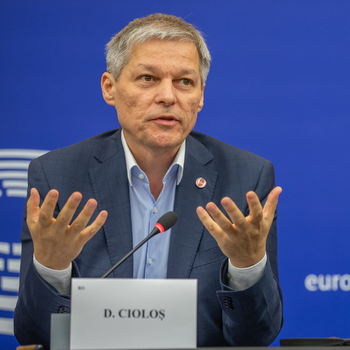 During today’s debate about the December European Council meeting, Renew Europe President Dacian Ciolos stressed that the times of words are over.

He said: „The EU’s budget and climate ambitions are the two critical files to be discussed during the next European Council meeting. The budget is a reflection of our political ambition. If we want a carbon-neutral Europe and a Europe with a dynamic, job-creating economy, we must ensure and support this transition.”

„What price do we put on our European identity? Is Europe only about putting a cap on expenses? My Group does not believe in this approach.”

„Let’s talk about what Europe does and should do, and let us collectively put the money on the table to make sure public funds are better spent. Let us not be afraid of European spending, because it is usually accompanied by lower national spending.”

„Tomorrow we will vote for a new Commission with an ambitious agenda. Europe is not for free, but it is absolutely worth the money for sharing European values. For Renew Europe two issues are fundamental: the reform of own resources and the conditionality of European funds, respecting our values.”