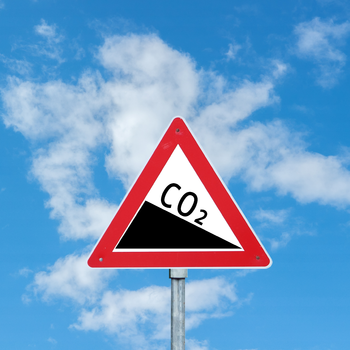 Reacting to the European Climate Law presented by the European Commission this morning, Renew Europe welcomed the adoption of this landmark proposal, which aims to make Europe a world leader to enact binding legislation to achieve climate neutrality. Nevertheless pivotal elements still need to be improved in order to achieve the goal of eliminating all net greenhouse gas emissions by 2050 and limit global warming to 1.5 degrees, turning this challenge into economic opportunities.

It is essential that a new target for emissions reductions of 55% by 2030 compared to 1990 levels is made part of the Climate Law, and agreed ahead of COP26 in November. Renew Europe will also insist on a solid governance system to keep the EU and Member States on track towards the joint target. Renew welcomes that the Commission has heeded its calls to cover also climate change adaptation in the Climate Law, but will insist on solid measures to prepare for the effects of climate change, which are already visible.

The Climate Law must provide a framework to unleash the new economic opportunities of the climate transition and put the EU at the forefront of innovation and clean technologies. Other legislations to make this transition a reality will follow. Renew is determined to make a climate neutral EU by 2050 at the latest a European success story for its Citizens.

Climate change is now a harsh reality that calls for new ambition – and this proposal is a step in the right direction. We need to anticipate and adapt to these new challenges and transform them into opportunities, instead of denying it and procrastinating. Renew Europe wants the Green deal to be a good deal for both our Citizens and for our Planet. It is imperative that the Climate law delivers on this and becomes the first of many milestones, which will reset our economy and boost skills, innovation and way of life. For the next steps, we need to do away with unnecessary red tape and lessen rules and constraints that would undermine and discourage our citizens. We must create a credible policy path to achieve these ambitions and encourage a positive European momentum for Climate."

"The Climate law is the engine behind the Green deal, because everything else will follow on from it. It is a good starting point, but in order to respond to scientific facts, our commitments and the demands of European citizens we need to move faster and go further. We have to go faster to be ready with a trilogue agreement before the COP26 and we must go further by setting an intermediate target in 2030 for a -55% reduction in greenhouse gas emissions, and by demanding that all future EU legislation be brought into line with climate neutrality."

"This was the peaceful starting shot in a highly interesting competition: Who will be the climate master of the world? I’m convinced, that this should be highly interesting and immensely challenging. I’m also convinced, that there should be a real competition between Member States to deliver, not an operation where some countries are be held back by the unwilling. We might go at different speeds, but with must have a common goal!"