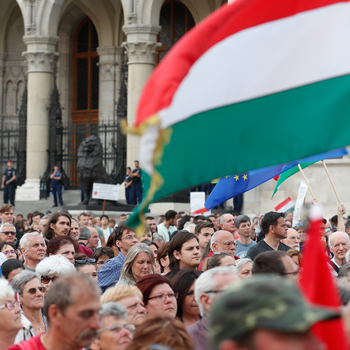 Yesterday, the Hungarian governing party ,Fidesz, used its 2/3 majority in Parliament to force through legislation to extend the state of emergency without limits and give unprecedented powers to the Government of Viktor Orban. The misuse of extraordinary powers, under the pretence of fighting the COVID-19 pandemic is yet another provocation by Orban not only to the Hungarian opposition parties, but it is also poses an existential threat to the very foundations, values and integrity of the European Union. Given these latest developments, Renew Europe is expecting a coherent and forceful stance from the European Commission and swift action from the Council. If we fail to intervene now to protect democracy and the rule of law, the damage could be irreparable. No leader in Europe should be allowed to abuse the corona crisis to commit an authoritarian power grab.

« The developments in Hungary are a red alert for liberal democracy in Europe and beyond. The current coronavirus crisis should not be used as a smokescreen for abusing power. Fighting COVID-19 might call for some exceptional measures, but in no way can this lead to shutting down democracy and trampling on the rule of law. It is shameful this dreadful corona is abused in such a manner. The Commission and the Council should now take actions without prevarication ».

"The silence from the President of the Commission and the Council is deafening. Now that the Parliament has been side-lined, Viktor Orban has completed his project of killing democracy and the rule of law in Hungary. Clearly, the actions of the Hungarian Government are incompatible with EU membership.' 'To maintain any credibility, the EPP must now finally expel Fidesz. For too long, they have provided legitimacy and protection for his dissolution of liberal democracy and adopted the narrative of the nationalist - populist right wing in Europe, as the Republicans have chosen power over principles by giving Trump free rein. The European Parliament has spoken out and now the international community must follow. It is high time those who still care about liberal democracy and European values to make a stand, firmly condemn the Hungarian Government's actions and remind him of the terms of membership of the EU."