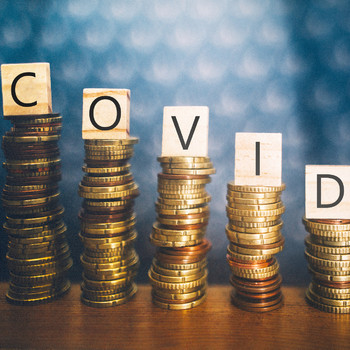 The Renew Europe Group in the European Parliament initiated and negotiated a parliamentary resolution on the COVID19 Recovery plan — a topic currently hotly debated in the College of Commissioners and where the European Council failed to find an agreement.

The resolution is backed by the five largest political groups in the European Parliament. This is not a Northern, Southern or Eastern, but one by the representatives of the European’s citizens to get out of the economic meltdown created by the virus.

The text calls on the European Commission to put forward a massive recovery plan of 2trn, principally derived from a Recovery and Transformation Fund. The Fund would be financed by recovery bonds powered by new EU-wide revenue streams, or own resources, levied on big tech, big polluters and tax evaders.

The text calls for the Recovery Fund to be based mostly on grants, direct investment and equity. Renew insisted the Fund should be managed directly by the Commission to ensure the money is not simply redistributed to states but is directed at beneficiaries and projects. This way the money would not end up into the pockets of polluters, tax dodgers, autocrats and their cronies. As long defended by Renew and the Parliament, a mechanism to ensure compliance with European values and the Rule of Law shall apply.

The resolution also addresses the next 7-year budget and its link to the Recovery Fund. The text calls for the recovery to be embedded in the EU budget, under the scrutiny of parliamentary oversight. MEPs call for this massive Recovery Fund not to vampirise the EU-budget.

‘‘Renew Europe urges all MEPs to get behind this historic cross-party resolution. The COVID-19 pandemic is a continuing tragedy for our citizens and their loved ones. We as politicians must take responsibility and put forward ways to deliver hope for a brighter future. This will not come about by magic, but through investment in the real economy, in areas where people are out of jobs, where companies are now going bankrupt, through no fault of their own. We cannot return to the economic models of the 20th century - on the contrary, we must build our plan on new foundations: environment and digitalisation but also strategic sectors such as health. Democracy, individual rights and the rule of law are non-negotiable - this is a red line for Renew Europe".

Luis Garicano MEP, who co-led negotiations on the resolution, stated:

“In this text we do two things. First, we warn the Commission against the temptation to use financial wizardry and dubious multipliers to sell an illusion to the public, rather than a Fund — we need recovery not trickery. Second, we put forward a grand bargain to the Member states who feel they already pay too much into Europe. We tell them: we are ready to freeze your direct contribution to the EU budget and in exchange you accept the basket of EU-wide streams of revenue as proposed by the Commission. This won't cost national coffers a penny and will trigger billions of direct investments for Europeans”

Valérie Hayer MEP, co - lead negotiator for Renew Europe and co-negotiator for the Parliament on the next 7-year budget also added:

“Our message to the member states is clear: we will not vote the next EU budget without the creation of new own resources that reflect our modern economy, such as a tax on big tech companies. The new revenues will be used to power the transformation of our economies — through our common EU budget and this Recovery and Transformation Fund we call for so forcefully in this text. 70 years after the Schuman declaration and the birth of Europe, the institutions have a chance to trigger a renaissance of the project and pull out millions of European out of uncertainty and economic despair. De facto solidarity worked back then. It will again now.”