EU funding to Hungary must be strictly controlled by the Commission 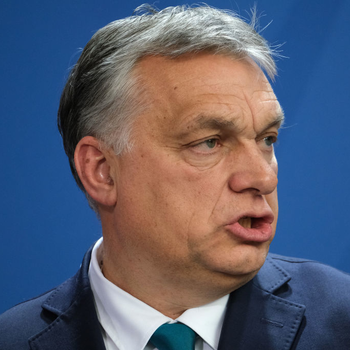 The European Parliament has debated today the COVID-19 emergency legislation in Hungary and its impact on the rule of law and fundamental rights. In effect, the absence of a clear time limit on the state the emergency allows the Orbán-government to maximize its power grab, to silence critics by curbing the freedom of expression and to financially hijack municipalities led by opposition parties.

Hungary is subject to an Article 7 TEU procedure as the FIDESZ government is responsible for severe violations of EU fundamental values. Renew Europe therefore proposes strict conditions on the use of EU emergency and flexible funding intended to alleviate the impact of COVID19 – millions of Euros from European tax payers' money should only be paid out to the Hungarian government if they assume membership and scrutiny of the European Public Prosecutor's Office (EPPO). Renew Europe also wants to make sure that Hungarian project beneficiaries are financially protected, thus EU funds dedicated to the recovery plan should be managed by the EU Commission under a centralised model, directly with the recipients: central or local authorities, civil society, companies and citizens.

In addition, Renew Europe has presented a 10-point Action Plan on Democracy, the Rule of Law and Fundamental Rights in times of COVID-19. We have called on the European Commission and the Council to consider measures including temporary crisis aid for NGOs working to defend democracy, supporting independent media outlets, creating a fund for education on European history and values, as well as setting up a special litigation fund to help citizens fight court cases when their fundamental rights have been violated.

"In the last two days, two Hungarian citizens were detained by police because of critical social media posts. The basis was Orbán's coronavirus law, threatening information providers with prison time. It is now crystal clear that the rule of law crisis has entered into a new phase and the virus is used as a pretence to trample upon fundamental rights in Hungary. European institutions have been trying 'dialogue', 'discussion' and 'expressing concerns' for too long. We need actions, not words."

"What is happening right now in Hungary and what Mr Orbán is doing is not only grounds for concern, it is a reason for starting infringement procedures and Hungary’s legal exit from the European Union and its values. Mr Orbán should be here at the European Parliament to answer some questions today but he said he was busy fighting the pandemic. What is the connection between pandemics and the rejection of the Istanbul Convention, fully silencing the civil society and criminalising independent media?"

"Hungarian citizens deserve full respect and commitment. This is precisely why Mr Orbán and his government have no right to pull them out abruptly from their European path by disregarding the EU law framework and the mere concept of democracy. We need to fight this, and any other crisis together, under the umbrella of the same rules and values. And we need to stay there and grow stronger past this crisis. Those who ignore this truth are hurting, not helping their own country and people, as well as the Union."

"Let's face it: under the rule of Mr Orbán and his cronies, democracy has been killed in Hungary and yet the Council is shamefully protecting him and refuse to put this issue on their agenda. I would wish that for once the Dutch Prime Minister and Minister of Finance would be just as vocal about violating the rule of law in the EU, as they are about budget discipline."

"I wonder why does the EPP continue to protect Mr Orbán? There are many good people in the EPP, true democrats and defenders of the rule of law. But as long as FIDESZ stays a member, the EPP remains complicit in the destruction of the rule of law."

"The plenary debate made it clear: the majority of the MEPs view the Hungarian government’s introduction of the emergency act for unlimited time to be another step towards weakening the rule of law in the country. The measures have nothing to do with the fight against the pandemic, as it is shown by newly adopted laws, such as the resolution on rejecting the Istanbul Convention, limiting the rights of trans people, arresting citizens who voiced their opinion on social media or threatening journalists with prison if they spread 'fake news' about the coronavirus."