COVID19 recovery: The EU’s response to this crisis must match its magnitude 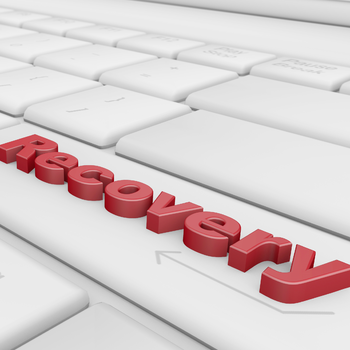 Renew Europe MEPs, who have relentlessly championed a European response to the COVID19 pandemic based on solidarity and unity, today reacted to the announcement of the European Commission’s proposal for a long-term European Union budget and a coronavirus recovery fund.

"The solution by President von der Leyen for the Commission to borrow money from the market is a remarkable one. I welcome the approach: a European solution for a European problem. The EU’s response to this crisis must match its magnitude. We need to restore economic perspectives, we need to safeguard and create new jobs, we need to focus on investments with real European added value, underpinned by the principles of solidarity and unity."

"Renew Europe Group will only support a MFF where the rule of law and respect of European values are a condition of receiving European funds. Not to penalise the people, but the governments and politicians who do not play by the rules."

“We need to tackle this crisis with a unified European response. In order to recover economically we need to invest our money wisely and effectively. That means investing in a modern economy based on new priorities and reforming our economies to be prepared for future crises. The recovery package needs to be financially sound, solid and sustainable because we cannot leave future generations in perpetual debt.”

Valérie Hayer MEP, co-negotiator for the Parliament on the next 7-year budget said:

"Some try to make us believe that we don't have the money to escape this crisis. But we all know where that money is: let big tech companies, multinationals practicing tax optimization and big foreign industries that do not respect our environmental rules pay for the borrowing. Let's give Europe the glory expected by citizens."

Luis Garicano MEP, Vice - President of Renew Europe, who co-led negotiations on the EP resolution on the economic response to COVID19, stated:

“We welcome the fact that the European Commission has taken into account the European Parliament's demands from a few weeks ago. Europe has decided to take a historic step forward: the European Union is going to issue debt to finance an ambitious economic recovery plan with which to carry out investments in the Member States. 500 billion in direct investments and 250 billion in loans is a good balance.”

“The important thing now is that the recovery plan is put in place soon. Over the last two months, every day 13,000 people have lost their jobs in Spain for instance, and more than 2,000 companies have been closing down. We cannot waste any more time with discussions between countries. The recovery plan must be activated as soon as possible before there is nothing left to rebuild.” Renew Europe is the third largest European political force, which makes our Group, with its more…
Read more