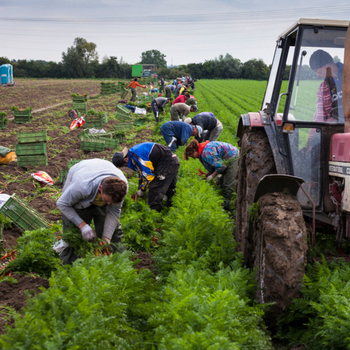 The European Parliament will debate and adopt a resolution proposed by the Renew Europe group, on the situation of seasonal workers, during its June Plenary Session. The decision was taken today at the European Parliament's Conference of Presidents, which decided that the issue of seasonal workers in agriculture, but also social services and tourism should be debated as soon as possible.

The issues encountered by Romanian seasonal workers in Germany have revealed a problem that has existed for several years in the Union, but which has not been addressed so far at a European level. Given that we do not have the same standards at European level related to the working and social conditions of seasonal workers, the laws in place have been applied arbitrarily, and from that to direct abuse was only a small step.

"There is a need for clear rules at European level on the contracts of seasonal workers, their social rights and the conditions under which they work in agriculture, construction, tourism and social services. I asked for a debate in the European Parliament on this subject to see what we can do and what are the best solutions to solve these problems. Parliament's resolution will have to address workers' mobility issues, better coordination between Member States, equal social rights, more rigorous implementation of existing legislation, coordination with the social partners in host countries and the need for information campaigns on the rights they have. There is a need for clear European norms and protection and prevention measures but also for help during the COVID-19 crisis".