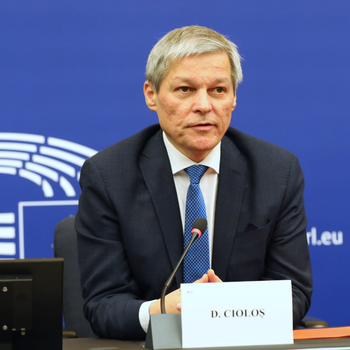 Renew Europe continues to fight for more ambitious EU action in the areas of Artificial Intelligence in the Digital era, Cancer, disinformation and taxation. Our Group pushed for the creation of special committees in these areas: it was sanctioned today by the Conference of Presidents of the European Parliament and will be endorsed officially by a vote at the next EP plenary session.

Dacian CIOLOȘ, President of Renew Europe Group said after the Conference of Presidents:

"The creation of these special committees is a clear signal that the European Parliament wants a more decisive step forward from the EU in these key areas on which Renew Europe is determined to play a leading role. Our Group has long been a champion of Artificial intelligence and the Digital Agenda. We are determined to promote the opportunities of new technologies to boost our economies and protect our SMEs, while defending our values and safeguarding a human-centric approach of innovation. We are facing unprecedented economic challenges; therefore, a strong political and regulatory approach to Artificial intelligence and digital is vital to making sure Europe remains a world leader.”

“Cancer is the second leading cause of mortality in Europe, we all know someone or have lost someone to this terrible illness. This special committee will look at EU actions at every stage of the disease, uniting all EU best practices and research in the hope of one day eradicating cancer or significantly reducing its occurrence.”

“In the wake of the European Commission’s findings on disinformation, the special committee on foreign interference aims to identify both legislative and non-legislative action to protect our citizens against the spread of fake news by third countries with political and economic motives. We are fighting an invisible enemy, which is threatening our democracy. Europe must end its naivety and respond to the scale of the threat."

He continued: “It is more important than ever to fight against tax fraud, tax evasion and tax avoidance and enhance financial transparency. The new sub committee on taxation will play an important role to assist the economic and monetary affairs committee and win this important battle”.