A strong EU - UK partnership is in everyone’s interests, but it must respect the European Parliament’s core principles 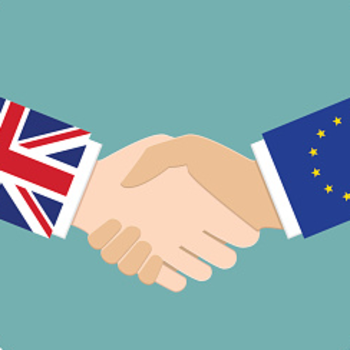 The European Parliament will today adopt a resolution setting out its position on the ongoing negotiations to establish an EU - UK partnership. The resolution reflects the key priorities of Renew Europe regarding the nature of the future partnership currently negotiated.

In line with the political declaration agreed by Boris Johnson and the European Union, the resolution makes the consent of the European Parliament for any trade deal and future partnership contingent on the agreement of a robust level playing field, which must be adapted over time, covering environmental standards, state aid, labor and social rights.

Nathalie Loiseau MEP, a member of the UK Coordination Group and joint shadow rapporteur for Renew Europe on the resolution reacted today:

“We have voted for a strong political signal: the signal that we are defending the interests of all the Europeans who elected us and who count on us: our farmers, our fishermen, our businesses, our citizens. A strong signal of unity from the representatives of the European people on what forms the basis of a fair and balanced agreement, the one that we will have to ratify since on this side of the Channel, it is our Parliament that will have the last word.”

“With just four months left, we have little time but we have a way; the one drawn by the political declaration that Europeans and British negotiated together, signed together and which alone can save us from wasting precious time. I am sure that, like the European peoples we represent here, the British people want us to maintain strong and mutually beneficial ties.”

“Today, the 18th June, is the anniversary of the call that General de Gaulle made from London when we were united to fight together. I ask our British friends: let us live up to this common destiny, this community of values ​​which has made us great. Let’s be ambitious together. ”

“As this resolution makes clear, our priorities on the Brexit negotiations remain unchanged. We need to develop a new relationship with the United Kingdom based on the principles of a level playing field where we find the right balance between access to our markets and the obligations that come with such access. As time is not on our side, it is positive to see the wish for renewed focus and momentum in the Brexit negotiations. It is in everyone’s interest to reach a comprehensive deal.”

“With so little time left, we need to see real movement from the UK Government in the coming weeks. The EU’s offer is for an unprecedented partnership - this is in the interests of all of our citizens. As this resolution makes clear, we will not sign up to a deal that damages our industries or our citizens. The UK Government must come to terms with the reality that Brexit has consequences”