Hong Kong: The EU should use all its leverage to challenge China’s crackdown on human rights 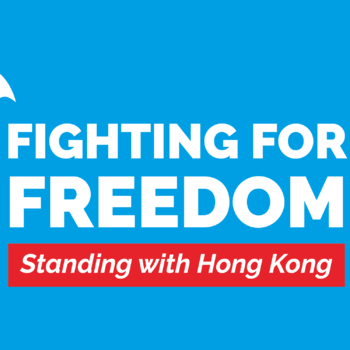 Today, MEPs held a plenary debate on a resolution on the situation in Hong Kong, to be voted on Friday, deploring the unilateral introduction of national security legislation by Beijing, as this is a comprehensive assault on the city's autonomy, rule of law, and fundamental freedoms. The Renew Europe Group strongly condemns the constant and increasing interference by China in Hong Kong’s internal affairs and calls on the European Commission to make use of all means at its disposal, including economic ones or targeted sanctions, to put pressure on the Chinese authorities to preserve Hong Kong’s high degree of autonomy.

Renew Europe Group’s leader, Dacian Cioloş (PLUS, Romania), who supported the resolution in the Conference of Presidents, said the European Union cannot stay silent to China’s abuse of power:

“Renew Europe group initiated today’s debate as a sign of strong support for the freedom of expression and the right to protest, as well as for the legal autonomy of Hong Kong.

It is essential that the European Union, and all its Member States, stand firmly by these values when it comes to the dialogue with China.

Recent developments have shown that we need a new, robust, comprehensive and honest relations with China.

In the following weeks, the European Union and its Member States should have no hesitation in using all leverage we have in supporting voice of Hong Kong protestors. Renew stands for democracy.”

“The arrests of pro-democracy leaders, the violent crackdown on protesters and the new security law are putting an end to the autonomy of Hong Kong. This Parliament is united in calling on China to withdraw the security law, respect the freedoms of the people in Hong Kong and to show that it is willing to respect the rule of law. If not, the international community should indeed consider a case before the International Court of Justice and Magnitsky-style sanctions. I want Europe to engage with China, but we have to do this by defending our values and our interests."