Poland's Rule of Law crisis must be urgently addressed 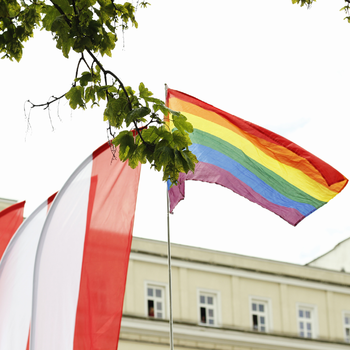 Renew Europe MEPs have today warned that, since the triggering of the Article 7 procedure against Poland, the rule of law situation in the country has not only not been addressed but has seriously deteriorated. Renew Europe condemns the recent crackdown on Polish LGBTI activists and the adoption of 'LGBTI free zones' , the latest example of the Polish Government's retreat from European values. We call on the European Commission and the European Council to use all tools at its disposal to prevent the continued and serious breaches of common democratic values and fundamental rights in Poland, through expedited infringement procedures and applications for interim measures before the Court of Justice. Europe's rule of law crisis must be addressed.

Renew Europe believes that developments in the ongoing hearings under Article 7(1) TEU highlight the importance of a complementary and preventive Union mechanism on democracy, the rule of law and fundamental rights, as we have long campaigned for. Developments in Poland since the agreement by the European Council of an EU budget and Recovery Fund in July, also show it is essential the Union’s budget is protected in case of generalised deficiencies as regards the rule of law in the Member States, including the need to safeguard the rights of beneficiaries; we call on the Council to start inter-institutional negotiations to secure this as soon as possible. Renew Europe has been a fierce and determined advocate of the need for an effective conditionality mechanism. We cannot allow that the values enshrined in Article 2 TEU are systemically threatened or violated by Governments who benefit the most from EU solidarity.

"Step by step, the actions of the Polish government are extinguishing the values of 1989. After seizing control of key judicial posts, independent oversight of the government’s actions is seriously lacking. I am afraid that the dismantling of judicial independence is going to unleash even more hate crime and discrimination against minorities, notably LGBTI people. I am afraid elections are going to become less and less fair. I am fearful for Poland’s European future."

"This Parliament has repeatedly shows it is willing to act on the Polish rule of law crisis. National Governments have kicked this can down the road for a long time now. That attitude has to change. This strategy of appeasement has led to ever more blatant breaches of EU law by the Polish government, such as the establishment of LGBTI free zones. For years, it has been brave citizens standing up in defence of the Rule of Law and fundamental rights in Poland. They have not been backed up by either the Council or the Commission. So, enough talk, we need action now. We will thus be clear: no more EU money without respecting our values."

MEPs will vote adopt a report on the proposal for a Council decision on the determination of a clear risk of a serious breach by the Republic of Poland of the rule of law on Wednesday.