Budget 2021: Fighting the Covid crisis and future investments for a sustainable recovery that respects the environment 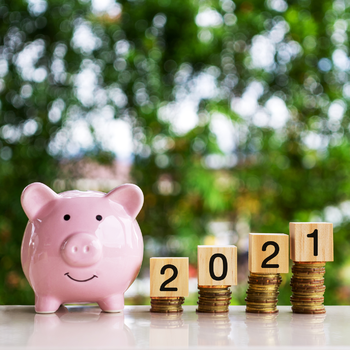 The first concrete translation of the comprehensive compromise reached this week on the post-Brexit multiannual financial framework, the EU budget for 2021 was adopted today by the European Parliament in plenary session. Thanks to intense negotiations in the home stretch, the Commission's plan has been revised upwards in payment credits in order to give an immediate strike force of 166 billion in fresh money to common European policies in order to fight the Covid crisis. Following Renew Europe's priorities, it is first and foremost a combat budget that will be implemented to meet the most urgent economic and social needs in the sectors most affected by the crisis, such as SMEs and tourism. But it’s also an investment budget for the benefit of a sustainable and smart recovery, respectful of the commitments of the Green Deal, in complementarity with the European Recovery Plan which will be deployed simultaneously with shared objectives. Renew Europe has also notably worked to secure substantial funding and staffing for the European Public Prosecutor's Office, a body in charge of prosecuting and sanctioning fraud against the EU budget.

Olivier CHASTEL (MR, Belgium), EP rapporteur for the 2021 Budget of the others EU Institutions, declared: “Linking the European budget to our climate ambitions is a first in the history of the Union which further strengthens our commitments made 5 years ago under the Paris Agreement. This new dynamic, combining progress, innovation and modernity, will give us the opportunity to trace the economic trajectory of the future of Europe, turned towards a sustainable economy, in accordance with the wishes of our citizens, tracing the contours of sovereignty European in health, digital, industrial and security terms, guaranteeing our strategic interests and creating the conditions for a resilient and united Europe”.

Nils TORVALDS (Svenska folkpartiet, Finland), Renew Europe shadow rapporteur for the 2021 budget, added: "The EU may be in a huge crisis due to the COVID19, both socially and economically. But a union without a budget is an even larger crisis and this agreement and result is key for us looking forward and for the continuation on the work for a better Europe, already started before the COVID19. We can now proceed on the path towards a better a EU, both structurally, economically and ecologically. We do not have any time to lose, much has to be done and now we have the budgetary means for it Forwards Europe!”

Valérie HAYER (Renaissance, France), coordinator of Renew Europe within the parliamentary committee on budgets, EP rapporteur for the new system of own resources and Parliament negotiator for the MFF, underlined : “A few days ago, we were still preparing ourselves for the worst with no multiannual financial framework and a crisis budget for 2021 that would have not allowed us to finance many programmes like defence, migration, youth mobility, ... I therefore welcome all the agreements that were reached by the institutions. It's a collective success, that can be achieved only when all institutions act in full cooperation and overcome their own difficulties linked to their own rules. A new generation of programmes will now start in two weeks, for a greener and safer Europe”.

Nicolae ŞTEFĂNUȚĂ (USR-PLUS, Romania), Renew Europe spokesperson for EU Agencies budget, concluded: "European rule of law is a flagship priority for Renew Europe. We have to put money where our rhetoric is. That is why we fought for and obtained an extra 7.2 million euros in the 2021 budget for the European Public Prosecutor Office. The EPPO is not a decentralized agency, but a real Prosecutor's Office that will defend European money, your taxpayer money, from fraud and corruption. We will continue to fight for the EPPO to have the necessary resources and independence in the exercise of its mandate". European households and businesses are not left in the lurch in the face of the energy crisis this winter!

Today the European Union proves that it leaves no one behind. The Renew Europe Group welcomes the…
Read more