Public clarification demanded on the Portuguese appointment to EPPO 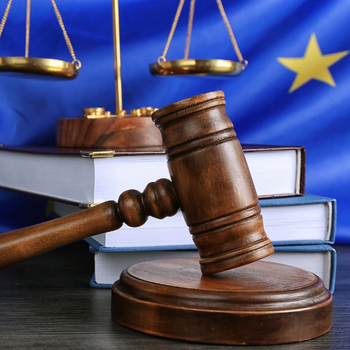 Renew Europe expresses its deepest concerns about the appointment process of the Portuguese Prosecutor to the European Public Prosecutor's Office (EPPO), José Guerra. The last days, we have witnessed distressing media reports pointing out that the Council decision might have been politically motivated and based on false information provided by the Portuguese government. If these reports are correct, the Council has endangered the functioning and credibility of the EPPO.

In an official letter to the President of the European Council and the Prime Minister of Portugal - the country that holds the Council presidency - Renew Europe requests an immediate public clarification about this appointment. It must be stated if there has been political interference, then all the information provided about the candidate must urgently be confirmed. If the legitimacy of the appointment fails to be verified, Renew Europe will ask for a debate on this issue during the next plenary session and do not rule out calling for an independent enquiry.

“If the reports are correct, then the Council has chosen to appoint a candidate going against the recommendation of the independent selection panel possibly based on false information and for political reasons. In doing so, the Council has potentially jeopardised the functioning of the EPPO and undermined the European Public Prosecutor. This sets a dangerous and unacceptable precedent for Renew Europe and that is why we have asked for immediate clarification before we take the next steps.”

“Europe needs a strong and independent prosecutorial body that can tackle serious international crimes. Therefore, an independent selection panel has recommended suitable candidates for the European Public Prosecutor's Office (EPPO). Not following the recommendations seriously jeopardises and undermines the functioning of this office. That however, is exactly what the Council is doing, by opting for candidates preferred by the Belgian, Portuguese and Bulgarian governments. The Council must commit to independence for EPPO and refrain from politically motivated deviations from the recommendation of the independent selection panel.”