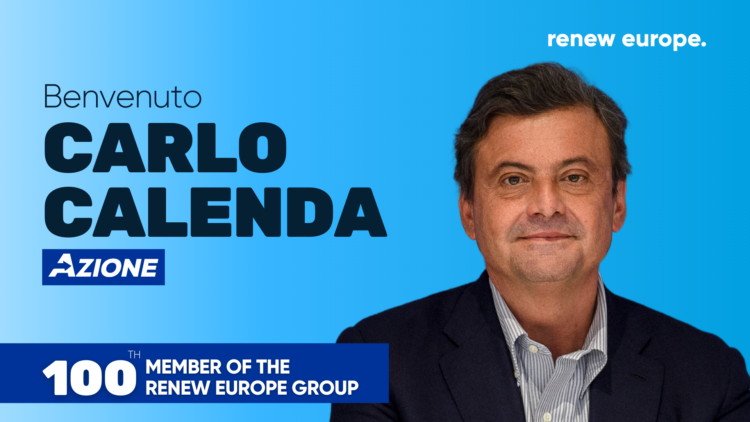 The Renew Europe Group is pleased to announce that Carlo Calenda MEP, founder and leader of the Italian Party Azione, has been accepted into the Renew Europe Group in the European Parliament. Member of the European Parliament since 2019, Carlo Calenda was Minister of Economic Development in the Renzi and Gentiloni Governments. After Italia Viva, represented by Nicola Danti, Azione is the second Italian party to join Renew Europe. Subject to parliamentary formalities, Renew Europe grows stronger and now comprises 100 MEPs from 23 member states.

"I welcome Carlo Calenda and the Azione Party to the Renew Europe family. Renew Europe continues to attract new members and reaches the symbolic threshold of 100 members. As we go from strength to strength, we will continue to bring together pro-European, democratic, liberal, centrist and progressive forces under the Renew Europe banner."

"As a liberal and convinced European, I am glad to join Renew Europe and contribute to countering the destructive and divisive efforts of populists and extremist nationalists across the continent. I believe that the respect of the rule of law, fundamental freedoms and human rights, as well as the commitment to build a solid economic growth and fair trade relations with third countries, represent key priorities to reinforce the European Union and citizens’ trust."