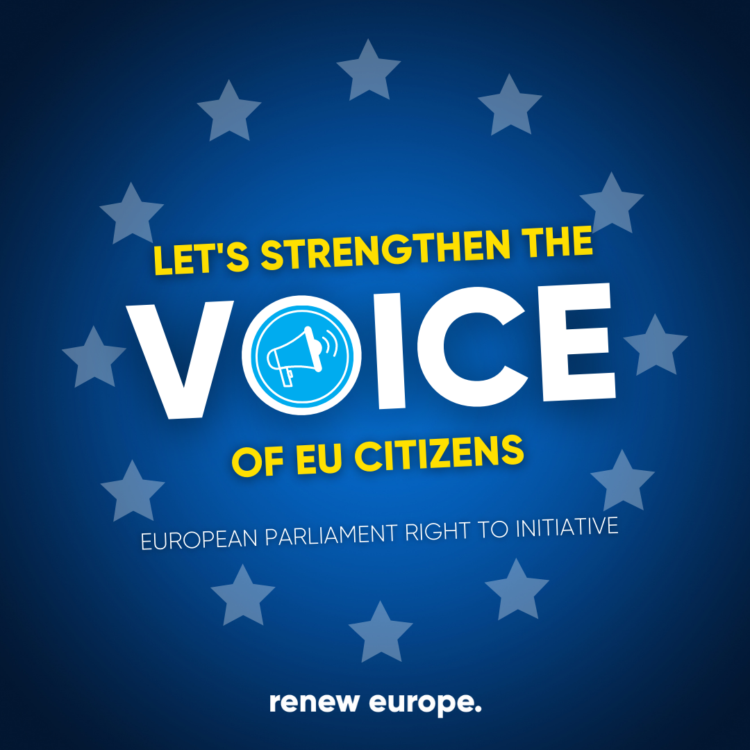 Renew Europe is fighting for a strong European Parliament, with genuine powers, such as those of national parliamentary assemblies. While the European Commission and Council usurp power in all policy areas, the European Parliament, as the only directly elected body, still has no right of legislative initiative. Today, the commission on Constitutional Affairs (AFCO) has adopted a report calling on the EU institutions to remedy this surreal situation.

The right of legislative initiative is key for European democracy. The EU Treaties must be amended in the short term to establish such right for Parliament. Renew Europe reminds that the President of the Commission Ursula von der Leyen has pledged to respond with a legislative act when the European Parliament adopts a resolution requesting the Commission to do so. But this commitment in itself is largely insufficient.

The Conference on the Future of Europe shows that citizens ask for more democracy in Europe and demand to strengthen the European Parliament, as the institution that represents them. Renew Europe strongly believes that the right of initiative is one of the keys to improving citizens’ representation and to enhancing the European democratic legitimacy. The European Parliament is the voice of EU citizens. This voice must be strong.

Sandro Gozi (Renaissance, France), shadow rapporteur on this file, declared: “It is time to show citizens that casting a vote can have a big impact at the European level. By allowing the European Parliament to propose legislation, we can indeed make sure that its Members can translate into practice the voice of Europeans. Together with the introduction of transnational lists and the reform of European political parties, this report represents a crucial step towards a deep reform of European democracy, and the creation of a new and truly European political space. Our Group will be at the forefront in this fight and expects the Commission President to fulfil the promise she made in 2019, and will push the Member States to fully respect the demands made by citizens on this matter in the context of the Conference on the Future of Europe”