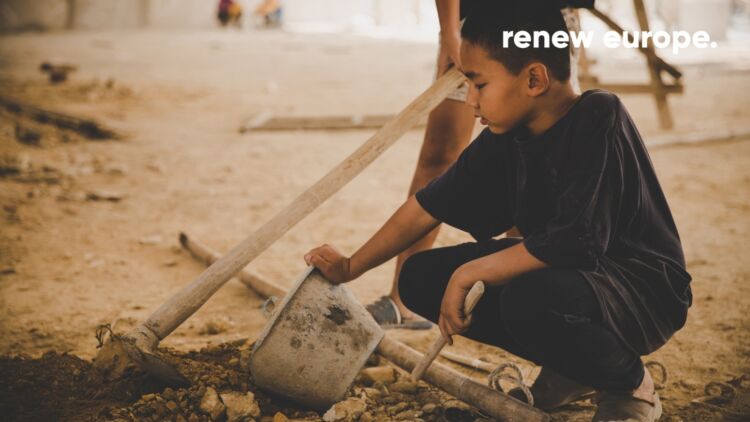 Many people were shocked by the images and the results of journalists’ investigations concerning China’s unspeakable treatment of Uyghurs. We, Renew Europe, felt the same way. Today, 25 million people worldwide are in a situation of forced labour according to ILO estimates, which is a staggering figure. Women and girls are particularly vulnerable to forced labour around the world, as are migrants workers. As Europeans, we have a responsibility and the power to address this issue and change the fate of millions of people. Renew Europe therefore welcomes today’s plenary vote on the resolution on a new trade instrument to ban products made by forced labour.

In September 2021, during her speech on the State of the Union, Ursula von der Leyen committed herself to and announced that the Commission would publish a legislative proposal banning products in the EU market that have been made by forced labour. This proposal should be on the table after summer and Renew Europe is looking forward to working on it. With this resolution, the European Parliament reminds the Commission that this is a very anticipated proposal.

Renew Europe supports the creation of a trade instrument to address forced labour to complement the corporate sustainability due diligence rules. We must be bold, strong, and ambitious, and we have to use and create all the tools we have to change the situation in a sustainable way. To be effective, the new tool should be WTO compatible and give to the Commission the power to launch investigations. Forced labour products from a particular importer or company, a particular region in the case of state-sponsored forced labour, a particular site of production or from a particular transport vessel or fleet should be banned from the EU market.

Samira Rafaela (Netherlands, D66), who has negotiated this resolution on the behalf of Renew Europe, declared: "Today, millions of people globally go to work facing inhumane conditions to produce products we all enjoy. As the EU, we must stand up against forced labour and not import products that violate basic human rights. The new instrument to ban products made by forced labour from our market should be an instrument with which we can act against these atrocities."