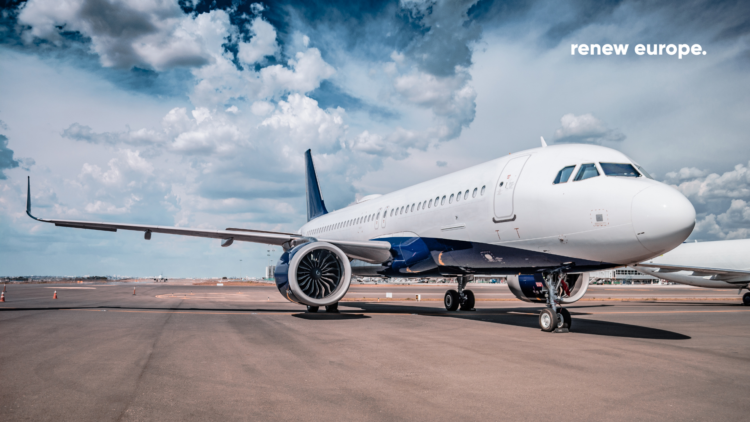 The European Parliament, meeting in plenary session in Strasbourg, today adopted a report by MEP Renew Europe, Søren GADE, which establishes a European regulation aimed at gradually replacing kerosene of petroleum origin by fuels of non-fossil origin (Sustainable aviation fuels, SAF), allowing the CO 2 output of the aviation sector to be drastically reduced.

For Renew Europe, it is time for air transport to contribute to the objectives of the Green Deal through a compromise that allows the sector a radical but staged transition. At the end of a compromise in which Renew Europe took an active part, the report thus proposes to increase the share of sustainable fuels in this sector to 6% in 2030 (the Commission proposed 5%), 37% in 2040 (compared to 32% ), 54% in 2045 (against 38%) and 85% in 2050 (against 63%). They also increase at each stage the share of synthetic fuels, such as clean hydrogen, considered to be the most sustainable.

In 2050, half of the sustainable fuels supplied in air transport will be synthetic fuel (the Commission was aiming for 28%). The definition of sustainable fuels is relaxed, but a review clause for this definition is planned for 2026. An aviation fund is created to support investments in the decarbonisation of the sector, which will be funded by the fines paid in the event of non-compliance with the regulation.

“Today is an important step in decarbonising aviation. The Parliament shows that when we promised climate action, we are ready to deliver. The text adopted is more ambitious than the text presented by the Commission. We raise the blending requirement significantly. In other words, we want more SAF in aircraft. The so-called e-fuels are the future and it is important that we stimulate the market so that their roll-out and scaling-up takes place as soon as possible. SAF are significantly more expensive than conventional aviation fuels. In order to create incentives to buy them and to maintain the competitiveness of European aviation, we propose that the additional cost be compensated through the ETS. This will discourage airlines from making stopovers outside the EU to refuel black”.