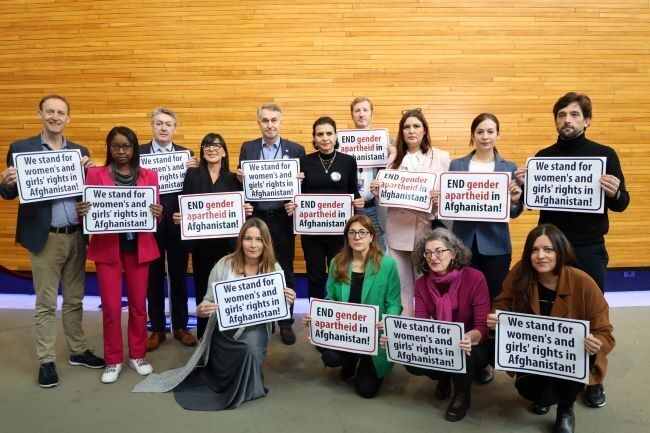 The Renew Europe Group in the European Parliament condemns the gender apartheid put in place by the Taliban regime, a staggering regression in women and girls’ exercise of their rights and calls on the EU to seek the expansion of the list of targeted measures against the Taliban leadership responsible for the continued deterioration of the human rights situation.

In an urgency resolution today approved by the plenary, we reiterate our unwavering solidarity with and commitment to the people of Afghanistan and call on the de facto authorities to ensure that all gender-based restrictions on women are lifted and that they can again actively participate in public life. Banning secondary education for girls is a direct violation of their universal right to education and the international community must not engage with the Taliban regime until these rights are restored.

The resumption of the investigation of the International Criminal Court into crimes against humanity and war crimes in Afghanistan must have EU’s full support.

MEP Soraya Rodríguez Ramos (Ciudadanos, Spain), Renew Europe Group’s Coordinator in the Committee on Women's Rights and Gender Equality, who negotiated the resolution on behalf of our group, said:

“Women in Afghanistan are suffering a gender apartheid. The Taliban have imposed a system whose aim is to expel women from public spaces. It has been 431 days since girls are not allowed to attend school. More could be done. The EU must support the establishment of an independent mechanism for accountability and support ICC investigation. The EU has to step up its support for Afghan women’s and human rights, as well as for women in exile, by providing quality educational and employment opportunities.”

“The return of the Taliban to power in Afghanistan has turned this country into a radical Islamic reserve where entire social groups, primarily women and minorities have become second-class citizens. The Taliban’s systemic violation of women’s rights is gender-based genocide. Those responsible must be brought to justice. Therefore, I strongly welcome renewed ICC investigation into Afghanistan situation.” Declaration of Paris: Renew Europe's roadmap for the coming period

At the end of its working days in Paris, Renew Europe adopted the Paris Declaration, which will be…
Read more The EU must strengthen its role in the United Nations by becoming more effective, coherent and strategic