COVID19: A stronger European Union must emerge from this crisis 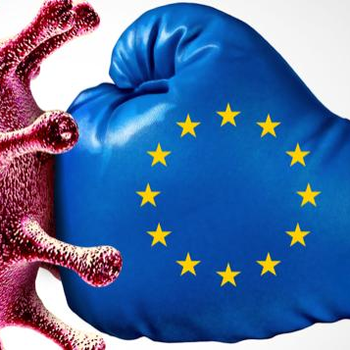 Renew Europe finalised today its contribution to the political resolution on the EU response to combat COVID19 pandemic and its consequences, ahead of the extraordinary plenary of the European Parliament next week.

The draft resolution includes a wide-ranging set of proposals and key actions to be taken by the European Union. Renew Europe insists the Parliament sends, a bold and clear political signal on the need for the European Union to do whatever it takes to act in the spirit of solidarity.

- Measures to enhance European solidarity and action in the health sector, creating a European Health Response Mechanism to better prepare and respond in a common and coordinated way to any type of health or sanitary crisis that emerges at EU level protecting the health of our citizens and substantially strengthening the budget and staff of the European Centre for Disease Prevention and Control (ECDC) and the competences of the European Medical Agency (EMA), regaining technological control in strategic areas such as the Active Pharmaceutical Ingredients (API);

- A massive recovery and reconstruction package for investment to support the European economy after the crisis, beyond what the European Stability Mechanism, the European Investment Bank and the European Central Bank are already doing, that is part of the new Multiannual Financial framework. Such a package should be in place while the economic disruption caused by this crisis lasts. The necessary investment would be financed by an increased MFF, the existing EU funds and financial instruments, and recovery bonds guaranteed by the EU budget. This package should not involve the mutualisation of existing debt and should be oriented to future investment;

- The protection of European values and the rule of law, in particular in Hungary and Poland. European values are never optional. In addition, the EU must stay free of undue political and economic influence, such as from China and Russia.

- An in-depth reflection on how to become more effective and democratic and fully take the opportunity of the planned Conference on the Future of Europe to engage with citizens to profoundly reform the EU, making it more effective, democratic, sovereign and resilient.

‘The European Union is facing a moment of truth. First we need to save lives. Second, we need to save people’s jobs and shield the businesses affected by the pandemic. Our decisions in the coming days and weeks will have a major impact on what our Union will look like for the next decade. We want a stronger Union to emerge from this crisis, so all possible tools must be pulled together to shape a massive recovery and reconstruction package, to secure investments and jobs. This crisis is no one’s doing. It should not be everyone’s undoing.’

‘Renew Europe will lead the charge for a strong European Parliament call for "more Europe". We need more solidarity in action and we need to stay strong together. We urgently need to learn from the lessons of this crisis, stepping up our response. Viruses know no borders and our response must reflect that .’