Corporate tax deal for multinationals: Orban’s veto is unacceptable and compromises the credibility of the EU 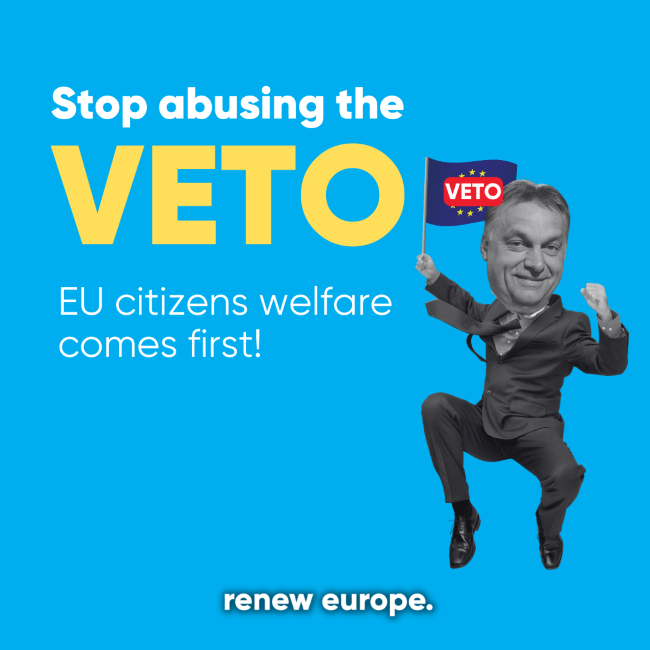 Our political Group welcomes today’s plenary endorsement of the Renew Europe-led resolution on national vetoes to undermine the global tax deal. The resolution denounces Hungary’s blockage of the international agreement on a global minimum corporate tax of 15% for multinationals and recalls it must be finalised and implemented immediately, with the aim of delivering on citizens’ demand for more tax justice.

Renew Europe also stresses the importance for the EU to take the global leadership in fighting tax heavens by being the first region to implement the OECD/G20 agreement, and highlights the need for additional budgetary resources that minimum taxation could provide in the current context of inflation and recovery. The minimum tax is estimated to generate around USD 150 billion in additional global tax revenues annually.

Europe has been fighting against tax optimisation, evasion and avoidance since many years. That’s why finding an immediate solution to this blockade must be a priority. In this regard, the use of qualified majority should be considered as a possible solution, following the recommendations of the Conference on the Future of Europe.

“National vetoes in taxation matters have been abused by certain Member States in order to achieve concessions in other policy areas. This is not acceptable, especially because fighting against tax evasion is now part of the European identity. We must explore all options to end this blockade". GAFA tax: EU must keep its promise to introduce a digital tax