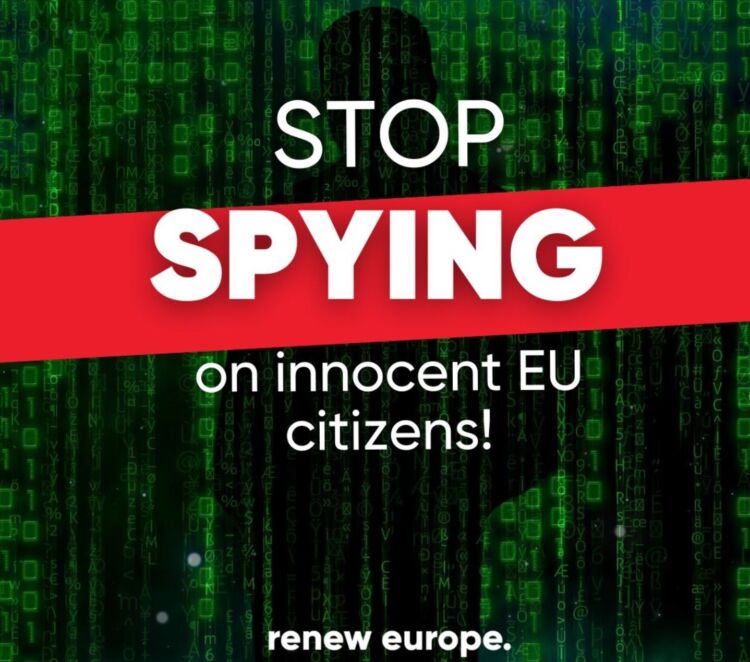 After the many revelations of some EU governments' abuse of spyware to surveil journalists, opposition politicians, NGOs and public officials, it is clear that the issue concerns the whole EU. Not only are EU citizens' fundamental rights, as well as public security, breached, but there is also evidence of criminal acts. That is why Renew Europe has been pushing for Europol to get involved in the investigations of the wiretapping scandals.

Europol has been equipped with a new mandate this year. Renew Europe pushed for the EU's law enforcement agency to have the power to request initiatives for criminal investigations of crimes that fall within the remits of Europol's new mandate. The spyware situation clearly meets the bar for Europol to get involved; at least three possible criminal acts (computer crime, corruption, racketeering and extortion) fall within its mandate.

At the initiative of Renew Europe, the European Parliament's Committee of Inquiry to investigate the use of Pegasus and equivalent surveillance spyware, sent a letter to the Executive Director of Europol, Ms Catherine De Bolle, requesting that Europol issues a proposal for an investigation to the Member States concerned.

"Spyware abuse has occurred all over Europe: this is a task for Europol. With every day that passes, the risk increases that evidence is being destroyed. It is crucial that Europol gets involved in order to secure the evidence and investigate the use of spyware in EU member states. Fighting cybercrime, corruption and extortion fall squarely within the mandate of Europol and is in the interest of European democracy."

“The potential for EU governments to abuse spyware is real. Using it against citizens for political gain is criminal, and Europol now has the legal tools to seek criminal investigations. It is also a duty towards democracy and public interest, and I expect Europol to take this duty very seriously.”