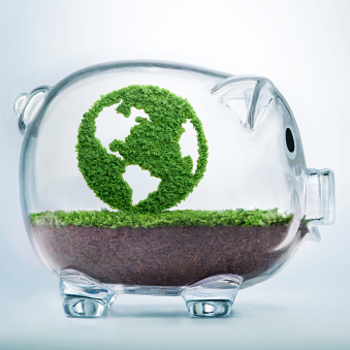 Today Renew Europe adopted its position on the draft EU budget for 2020. The group's top priority will be to honour the EU's commitment to spend at least 20% of the EU budget on climate-related expenditures. The current Commission's draft budget falls short of achieving this goal. The Council’s traditional budget cuts take the EU even further away from keeping its word. To bridge the gap an additional EUR 3.5 billion should be added to the Commission’s draft budget.

Renew Europe wants to ensure that more funds are allocated to the development of a smarter and more sustainable economy, respectful of nature and people. Renew Europe’s coordinator on budgetary affairs Valerie HAYER (Renaissance, France) said:

"The environmental disasters affecting our planet are alarming — forest fires, the melting of the ice cap, heatwaves, you name it. Last May citizens voiced their concerns over climate change. They expect the EU to act. By adopting a strong stance on the matter, Renew Europe wants the institutions to respect the commitments they agreed on for climate protection. This is one of the first concrete actions we undertake for our planet since the European elections, and certainly not the last one."

Renew Europe will also make sure that climate-related money is fairly distributed across the EU. Clotilde ARMAND (Uniunea Salvați România, Romania), who will negotiate the file for the group, added :

"Not all regions in Europe have the same starting point when it comes to fighting climate change. Many countries in the Eastern part of the continent do not sufficiently benefit from environment friendly-funds or innovation-driven programmes. That must change. We will fight for a fairer geographic distribution of EU money. The alternative is yet another front on the East-West divide. That’d be bad for the EU and bad for climate”.

For the Chair of the Environment Committee Pascal CANFIN (Renaissance, France), author of an opinion on the draft budget, the vote on the budget 2020 will also be a signal for the coming discussions on the next 7-year budget. The Environment Committee last week voted in favour of a report calling for an objective of 40% climate-related spending.

Nils TORVALDS (Svenska folkpartiet, Finland), the group's coordinator for environmental questions added : "We take the climate crisis very seriously. The current targets should be met. Our line is clear on that. How could we otherwise set ambitious target for the next 7-year budget?"

Discussions with the other political groups are set to start next week. Parliament will adopt its position next month. Negotiations with the Council will follow.