EU must be united at the COP 25 in Madrid 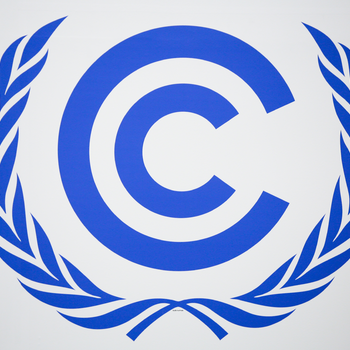 The European Parliament's Environment Committee (ENVI) adopted a resolution today calling on national, regional and local governments, as well as the EU to step up their efforts in order to meet the goals of the Paris Agreement and play a constructive role at this year's UN Climate Change Conference in Madrid.

The resolution underlines the need for EU climate leadership: it urges EU leaders to commit to a long-term strategy to reach net-zero greenhouse gas emissions by 2050, at the latest, at the EU summit in mid-December. MEPs also call on the EU to raise its target for reducing greenhouse gas emissions to 55% by 2030 compared to 1990, from the current 40% target. This is a signal to the incoming European Commission to deliver ambitious proposals necessary to meet the goals of the Paris Agreement.

At the same time, the resolution reminds all countries of their collective responsibility and that all states, especially wealthy countries, should update their own climate commitments by 2020, as required by the Paris Agreement. In the week that Donald Trump took the formal steps to withdraw from the Paris Agreement, the ENVI resolution welcomes the continued mobilisation of US states and non-state actors. The urgency of action is highlighted by the fact that the past four years (2015 to 2018) were the top four warmest years in the global temperature records, while 2018 saw a record high in global carbon emissions.

“The European Parliament's Committee on Environment, Public Health and Food Safety today set ambitious targets ahead of the COP25 in Madrid in December.

Whether it is about the alignment of the entire European budget with the Paris Agreement, the reaffirmation of the necessary reduction of carbon emissions by 55% in 2030 or the reduction of imported deforestation in Europe, the Environment Committee is paving the way for Europe to be the first carbon-neutral continent in 2050. I also welcome the fact that the Environment Committee has asked the European Parliament to raise its own climate and environmental ambitions.

While the United States confirmed yesterday its withdrawal from the Paris Agreement, we reiterate today in the European Parliament's Environment Committee that we want Europe to be serious about the fight against climate change.”

“As the world now stands, Europe must be the leader in responsible climate policy at the COP25 in Madrid. We put a lot of effort in having a strong mandate in Madrid. That's the essence of our decision.”