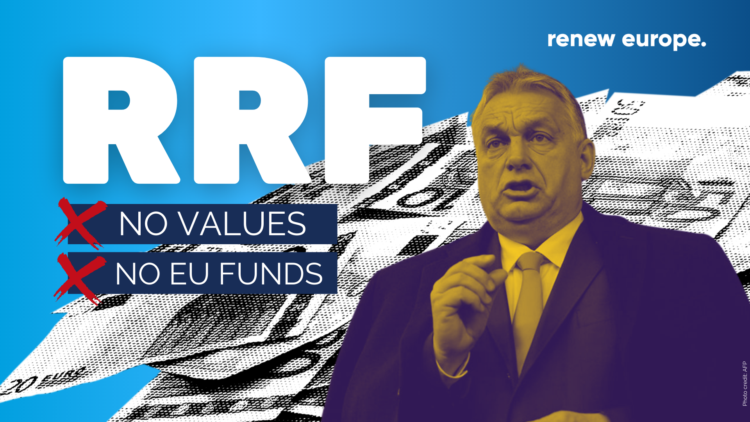 Today the European Commission released its yearly assessment of the Rule of law situation in Hungary. The part on corruption is damning.

“Risks of clientelism, favouritism and nepotism in high-level public administration as well as well as risks arising from the link between businesses and political actors remain unaddressed”, the report says.

Dacian Cioloş, president of Renew Europe, reacted: “Ursula von der Leyen should not approve Orban’s recovery plan until he gives iron-clad guarantees that the recovery money will not end up in the wrong pockets. These guarantees aren’t there yet. The Commission’s report proves so”

The report indeed points out that “the track record for investigations of allegations concerning high-level officials and their immediate circle remains limited” in Hungary.

“We asked the Commission to make sure the EU’s recovery money goes to honest and deserving Hungarians not politically-connected ones”, Dacian Cioloş added.

The report comes at a time when the Commission is pondering whether to green light Orban’s recovery plan — solid anti-corruption mechanisms are a pre-condition to access the money.

Dacian Cioloş concluded: “This is a credibility test for the European Commission. Is it serious about protecting the financial interests of the EU? Is it still the guardian of the treaties — and the values enshrined in it”.

The European Commission had a two months deadline to approve the Hungarian recovery plan, deadline that lapsed on 12 July, which indicates the plan is delayed as already flagged by Renew Europe. In our letter dated from June 27, Renew Europe laid out three conditions for the Hungarian government plan to be approved: